A little milestone just crept up, 1000 days at AWS.

Today also marks 205 days since I’ve been in “Work From Home” (WFH) mode. My little workspace has served me well so far.

Another milestone I’m closing in on, is 200 hiring events during my time at AWS. It hasn’t just been for roles in my team, as we do support hiring different roles across the business. I’ve met terrific folks throughout the process and have been so happy to seem many of them join AWS. Since we’ve been in “lockdown”, a number of folks have join the team and it’s been so good to see them jump inget on with the job despite the rather weird situation of working from home. We have had to adjust how we communicate as a team, but I feel it’s brought us all closer together.

One other little milestone is to do with collecting little “achievement” icons. I’ve got a bunch of them, and my t-shirt is a reminder that I will go to great lengths for my “flair”

What! A! Crazy! Year! and we’re still not done. 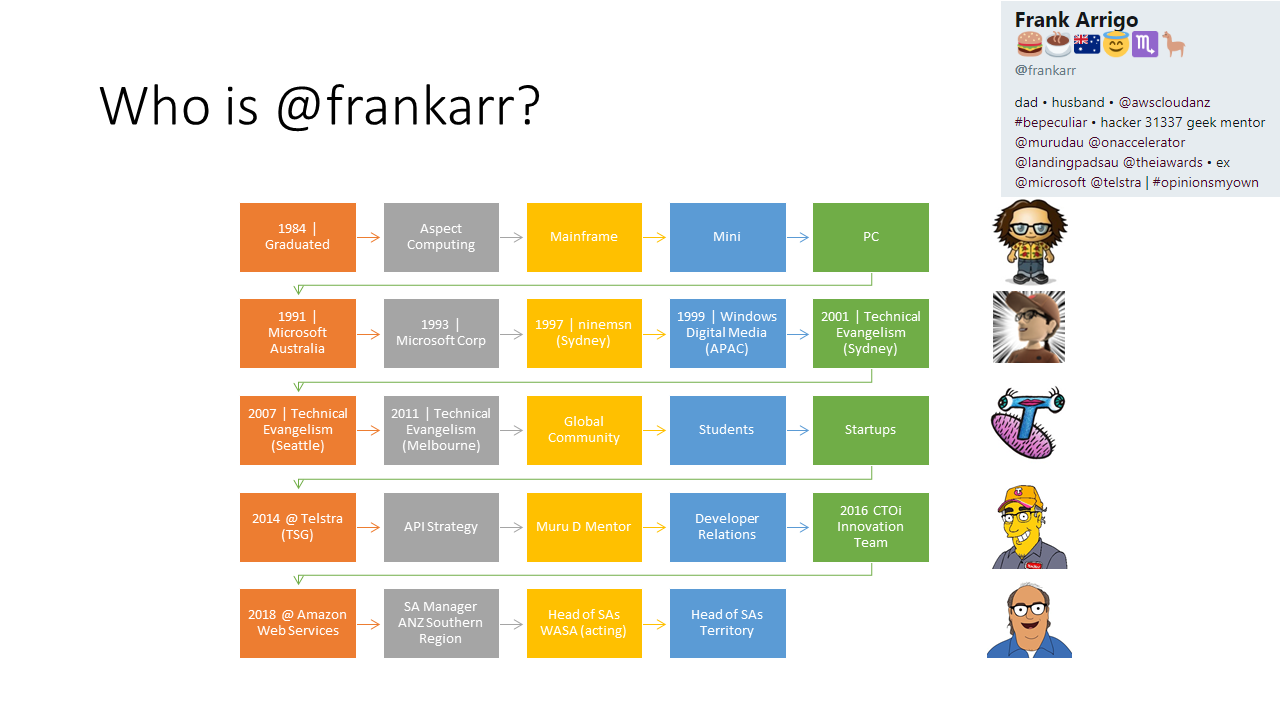 Those 500 days have really flown by.

I continue to lead a team of Solutions Architects who help customers on their cloud journey,  and my scope increased in 2019, so I now also lead teams based in NSW & QLD.

Still getting the hang of what it means to be an Amazonian. There’s a lots to learn.

If I were to use the “hero journey” to describe my time so far, I’ve definitely crossed the threshold into the “Extraordinary world” 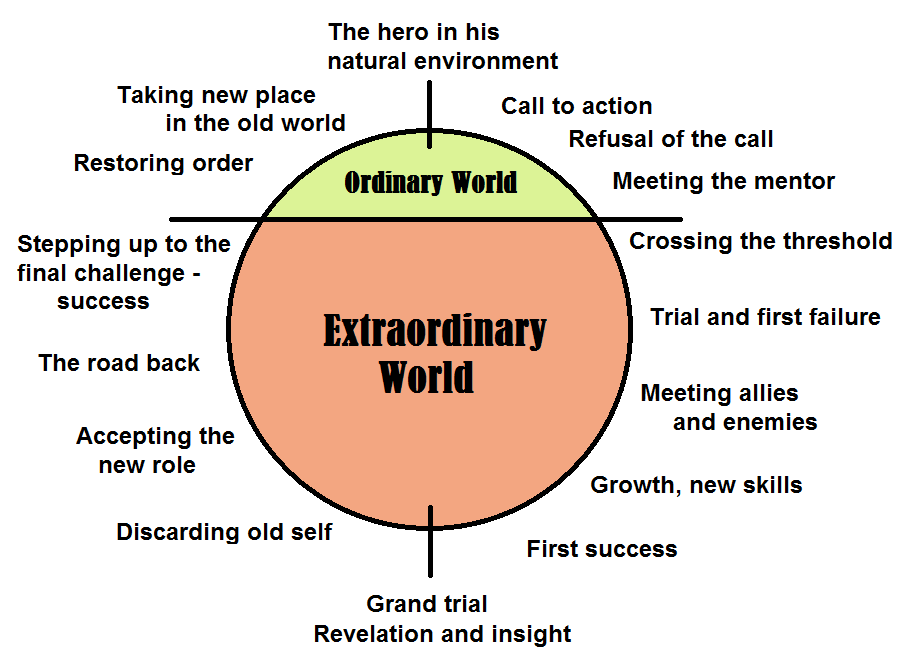 So as I continue my journey, the thing that will help push me through those inevitable challenges is knowing that I am helping advance the cause for the local industry, helping Australian companies embrace the opportunities of the cloud, and see them compete & excel globally. I love meeting and helping local companies who have global customers, delivering great value, and providing employment opportunities for skilled local folks.

3 years on, break out the leather, crystal or glass

Each year I do a little retrospective post marking my work anniversary, and today I it’s time to continue the tradition.
First up here’s some of those previous posts covering my time at Telstra 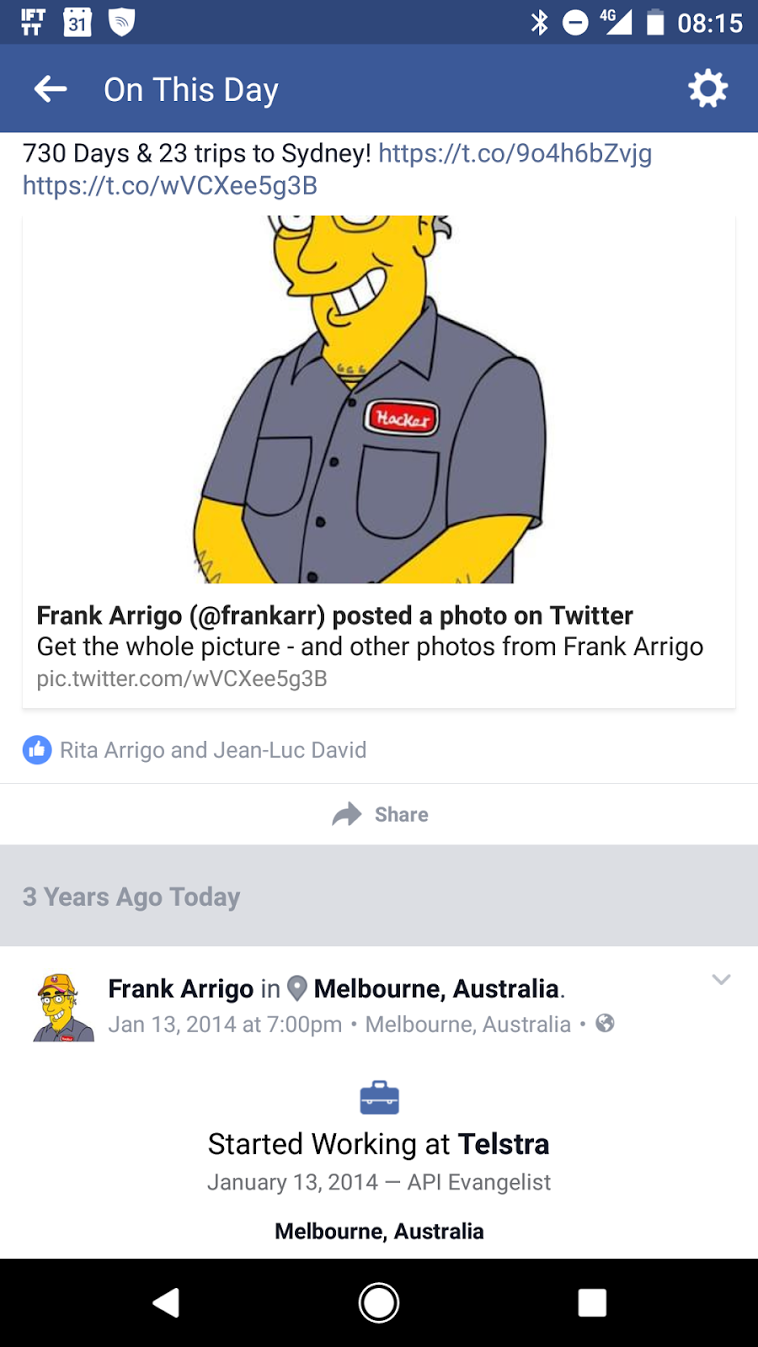 During the last 12 months, I’ve gone from working on the Telstra API Strategy to moving to the Innovation team, in the Chief Technology Office.
Along the way, I picked up new duties and am responsible for people again.   I really like being a “people leader”, helping develop, coach, mentor, inspire. I even had a ‘grad’ to tend to and Serina (aka gilly) has been absolute delight. Maybe you have read some of her stories — GovHack 2016, My week with … A bot, Techfugees for Young people: #hack4refugees, A world of code. Her time with me is coming to an end, so I wish Serina all the best with the next step of her career.
I really like working with grads, and since Telstra has a well structured graduate program I look forward to contributing to that.
Something else I like, is being involved with Muru-D, and last year #SYD3 was full of amazing young companies. I got to work closely with Simpla and Cuberider – seriously, how amazing was it to see Cuberider send Australia’s first payload to the ISS!!  I was involved in the recent SYD4 bootcamp and look forward to seeing the next batch come through! And what a legacy Annie Parker is leaving behind, but can’t wait to see what Lighthouse becomes!
There’s a bit of theme – one of nurturing, mentoring, curating, advising & inspiring and these are all the things that get me going and inspire me. So, can’t complain about that!
Oh and the leather, crystal, glass reference – it’s the suggested three year anniversary gifts

We Want You! Hustler, Hacker, Hipster

I just passed my 90 days in Telstra’s Chief Technology Office (CTO) based out of the Gurrowa Innovation Lab in Melbourne.

So now that we have a better idea of our WHY, we’re looking for a few special folks to come join us.

We are on the hunt for a community manager, who will be “our face” to the community. From running tours, to hosting events and making the connections between all the diverse communities that Telstra is part of; and they need a bit of hustle.

We also need an innovation hacker, a cross between a “hacker” and a “hipster”, who can use digital marketing tools and techniques to drive rapid experimentation, which will help test & validate ideas.

These folks will be joining a growing team of entrepreneurial minded people, including Facilitation and Design specialists who believe that by working together, we can discover the insights and technologies that will pay dividends back to Australian businesses, and reaffirm our nation’s position on the world stage as a bold and vital innovator.

So if you think you’re part of this dream team, based in Melbourne, reach out and tell us why.

Today marks 2 years into my time at Telstra , and it’s really zipped along.

I even got inspired to get a “simpsons-style” cartoon of me – the orange hat is a nice touch I think. 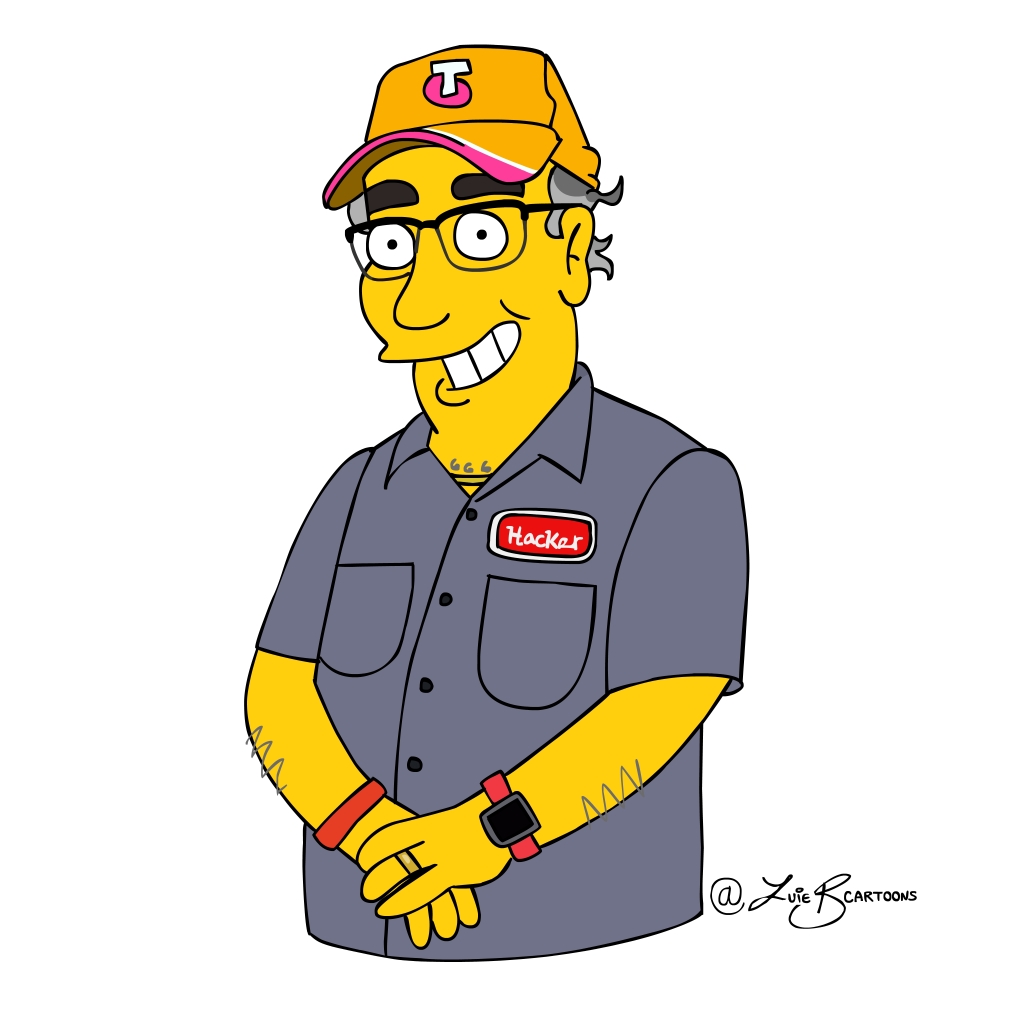 The last couple of these types of posts I’ve done have included a bit of a recap – 12 Months In & 546 Days so I will spare the look back, suffice to say a fair bit of stuff got done – some visible such as T.DEV , speaker at I ♥ APIS in San Jose,  sponsor at Web Directions 2015, judge at Hackfood, author on Telstra Exchange; and some not so, but just as important!!

OK then, so there are a few things coming up that I am looking forward to…

What else? There’s a few other things, but I’ll keep’em under my hat for the time being. It revolves around how developers took over the world and how we can respond to that.

And did i mentioned I’ve had 23 trips to Sydney !!

The WordPress.com stats helper monkeys prepared a 2014 annual report for this blog.

A San Francisco cable car holds 60 people. This blog was viewed about 1,300 times in 2014. If it were a cable car, it would take about 22 trips to carry that many people.